The most important trigger mechanisms in clicking torque wrenches 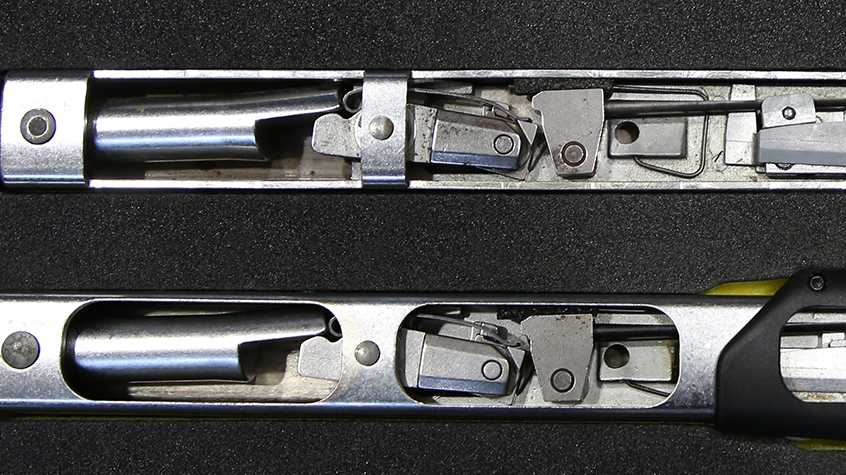 In order to produce a bolted connection with an exactly defined preload force, the fastener must be tightened using torque, at least, and, if necessary using torque & torque angle. Controlled tightening is just as indispensable for private individuals as it is for international industrial enterprises in today's world. To enable controlled tightening, a suitable measuring device, such as a torque wrench, is required.

A basic distinction is made between clicking and indicating torque wrenches. Their functionality is provided by a mechanical, electronic or electromechanical method, which is a hybrid of the first two types.

System A – the slipper wrench 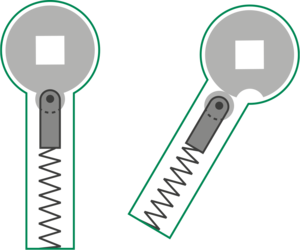 In the slipper wrench, a bolt connected to a spring engages positively in a mating cam recess. Depending on the torque set, the spring is strongly or less strongly tensioned and thus presses the bolt more or less powerfully into its detent position in the cam recess. When the defined tightening torque is reached, the bolt slips out of the recess with a noticeable jerk. Depending on the version, this trigger mechanism can have up to six recesses. STAHLWILLE now only uses this method in a modified form for torque screwdrivers up to 10 N·m. 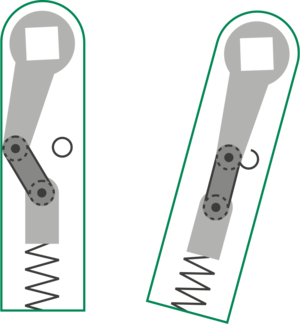 A spring-loaded linkage is used to trip the knuckle joint mechanism. In the rest position, it is angled. When it trips, it moves towards the centre and contacts a bolt. Depending on the set torque, the spring tension will be either lower or higher, so that a force specific to this torque is required to change the position of the knuckle joint. 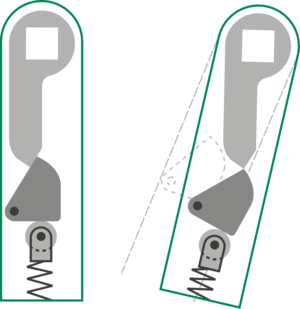 With this release system, the force of the spring acts on the "tilt block" between the trigger elements. The tension of the spring varies according to the pre-set torque. As soon as the target torque is reached, the block moves from its rest position to a tilted position and generates a click as well as a tactile signal.

The triggering cam with a flexible rod is to be found in all STAHLWILLE mechanical torque wrenches. Moving the setting slide along the flexible rod changes the effective length of the lever arm. If force is applied to the torque wrench, the left-hand switching element tilts downwards and applies force to the right-hand element, forcing it up where it is inhibited by the cam. As soon as the resistance of the flexible rod is overcome, the right-hand switching element continues its travel upwards which produces an audible and tactile signal.

The almost wear-free system has a complex construction. It relies on high-grade materials. This is why the production and acquisition costs are higher than for less durable constructions.