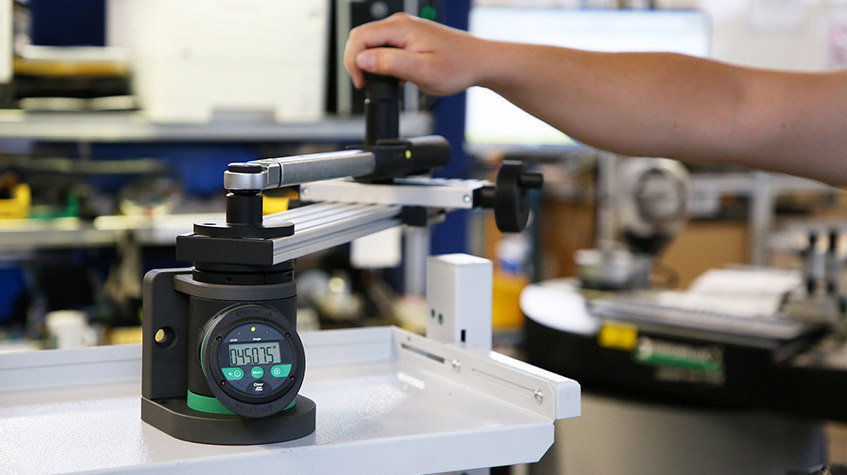 The importance of the controlled tightening of fasteners in production and assembly tasks is well known and it is also becoming increasingly important for maintenance and service work. How can the functions of torque and angle tightening tools used for this purpose be checked simply and reliably? This is precisely the reason why Stahlwille has developed the SmartCheck product family to provide a solution that is both safe and efficient.

With the SmartCheck, end users can check torque tools themselves to ensure that the tools are working exactly within the specified tolerance ranges. This year, the SmartCheck range will be extended with the introduction of three new devices. The highlight is the SmartCheck ANGLE model, which is the first device worldwide that can test the function of an angle-controlled torque wrench. In launching this model, Stahlwille has responded to the increasing demand in this special field of torque technology.

Two additional new models have extended the possibilities to read out and store the readings and even process them in Industry 4.0 environments. In addition to a version with a USB interface, the SmartCheck DAPTIQ tester now also provides a model with an interface for linking to quality assurance systems and other process capability software solutions. For example, this allows automated workflows to be created in which every torque tool is checked before the CAQ system releases it for production tasks.

Regardless of the individual model, the simple and intuitive SmartCheck testers offer numerous unique advantages. The test reading is automatically evaluated directly on the device by means of an LED display based on the parameters set for the test and using the traffic light logic.

The compact design of the device with its rotatable display allows simple mounting in workshops, production facilities and service vehicles. Besides classic operation with a mains adapter, it can also be battery powered. The display and keypad are splash-proof and the housing is made of impact-resistant plastic.