Tried-and-tested a billion times over

There are many ways of joining two components together. Wherever a joint will have to be separated again later and then rejoined, there is really no alternative to bolted connections. They are versatile, meet all technical requirements and are still cost-effective^, which is why they are one of the most commonly used joining methods, whether it is in a laptop computer, an aeroplane or the girder construction of a bridge.

In contrast to other classic joining techniques, they have one decisive advantage: they can be dismantled. This is how they make it possible to make repairs, run service jobs and modifications. In addition, as opposed to adhesives, rivets and welded joints, they do not prevent the components from being reused. Last but not least, the fastener geometries and the metal alloys used can be ideally matched to the components to be joined and the expected loads in normal operation. 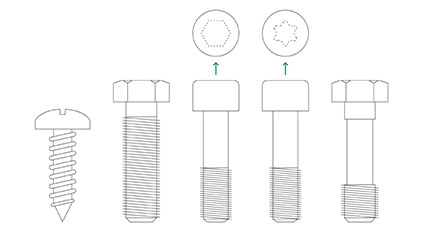 Background knowledge: a bolted connection is characterised by the fact that it is a non-positive or friction lock. The bolted shear joint is an exception. In this connection type, the focus is not on axial dependability but on the lateral forces. It is mainly used in steel constructions and is not designed to be slip-resistant.

The fastener connects two or more components in such a way that, even under load, they behave like one single part. In this way, the fastener prevents undesired movement of the connected components relative to each other.

When calculating the preload force to achieve the required clamping force, frictional losses in the thread and under the screwhead must be taken into consideration. It is, of course, important to select a bolt connection that will achieve the desired preload force and maintain it under operating conditions. After all, fasteners are not only differentiated according to the thread profiles, but also according to property classes, among other things. This classification provides information about the load capacity and tensile strength of a fastener and must be marked on every fastener with a nominal diameter of more than 5 mm. 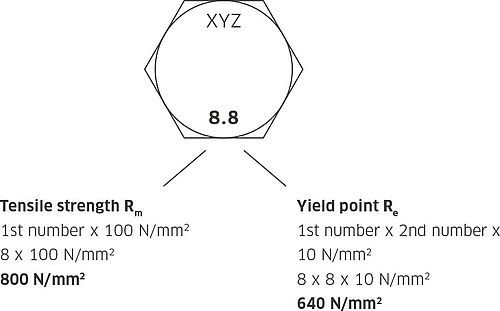