STAHLWILLE at the Smart Production Solutions (SPS) in Nuremberg 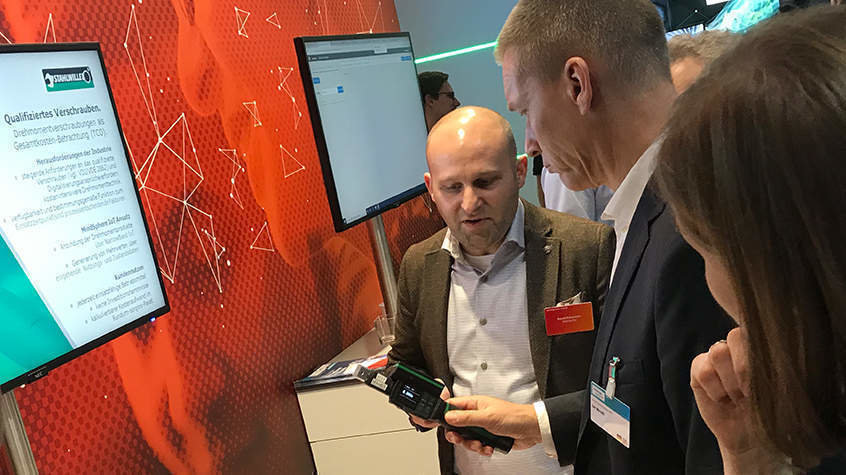 At this year's SPS in Nuremberg, STAHLWILLE presented a torque wrench connected via NarrowBand IoT to show how Pay per €lick can enhance the future of data-driven business models in the handtool industry.

Increasing demands on qualified bolt tightening and computerisation require more cost-intensive torque technology in industrial production, maintenance and servicing processes. The availability of the equipment and its intended function at the time of use are important factors here.

STAHLWILLE's electromechanical torque wrenches can be integrated into the MindSphere ecosystem. Using incoming usage and status data, they generate added value and enable usage-dependent business models such as Pay per €lick, which means that high investments are now a thing of the past. In the all-round carefree package, companies are provided with operational resources at a calculable cost at all times. Calibrations and maintenance of torque wrenches are included. Since the condition of the torque wrenches, such as the timing of the next calibration, the number of "clicks" made and any overloads, are known, equipment can be provided predictively – before the need becomes critical – via an exchange service.

Together with the MindSphere World members, STAHLWILLE is thus treading a new path – from just the product to continuous use of services. Further applications are planned, such as intelligent process control or worker guidance to reduce user errors, make personnel deployment more flexible and increase productivity.

Are you interested in Pay per €lick and networked products from STAHLWILLE and would like to find out more?