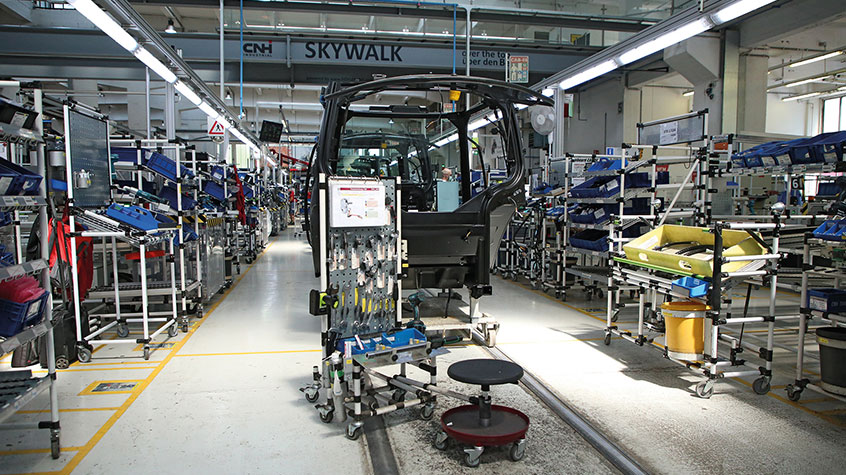 Workplaces with process-controlled worker guidance are becoming increasingly important in production, and agricultural machinery manufacturer CNH Industrial is no exception. The company stands for powerful, easy-to-operate, reliable tractors with low operating costs. At their St. Valentin site near Linz, Austria, the company assembles tractors of its Case and Steyr brands and also a New Holland series. CNH uses electronic worker guidance systems for manual bolting operations. Four new workstations, where torque tools from STAHLWILLE are integrated in the ProTight process control system, have recently been put into operation.

Workplaces with process-controlled worker guidance in production are becoming increasingly important because the recording of data is increasingly required for consistently traceable and safe production processes – as is the seamless tracking of work steps. This is especially true in the case of safety-relevant assemblies on vehicles. Additionally, a consistently documented production process is a highly positive argument in discussions with customers. "We produce quality from the start instead of checking afterwards to see if it's there. This is because the testing process is already part of the fastener-tightening process," explains Niklas Doschko, systems engineer at CNH. 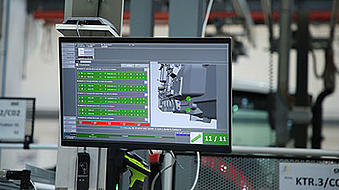 The new solution using Stahlwille products is used in the fitting of hydraulic steering lines between the cab and the steering gear as well as in the pre-assembly of the steering cylinders. In the process, between eight and twelve bolting operations have to be carried out at each workstation – each in a defined sequence and with different torques of up to 195 N·m. "Starting the worker guidance is very simple. The worker simply has to scan the job number," explains the system engineer. The ProTight process control system is set up to run on all-in-one PCs installed directly next to the production line at the corresponding workstations. The worker can see exactly what the sequence of operations and the required torques are on a photo-realistic image of the fastener on the monitor.

The tools used are electromechanical torque wrenches MANOSKOP 766 of the DAPTIQ series. These tools are able to exchange data bidirectionally. The required torque values are transmitted by the ProTight software via a radio module to the torque wrench, which then automatically and reliably adjusts to the respective fastener. Provided it is correctly completed, the tightening operation is reported back to the software in real time with a time stamp and the torque actually applied. The recorded data is then further processed in the system and logged for documentation purposes. The tightening process is also visualised on the monitor to provide the worker with simple and safe monitoring. Incorrectly tightened fasteners are almost impossible where this system is in use. The software only releases correct bolt tightening operations.

"The MANOSKOP 766 torque wrench has a decisive advantage for us in manual fastener-tightening operations," says Niklas Doschko. "The tool confirms that the target torque has been achieved with the familiar, typical click of a mechanical wrench." In addition, there is an LED traffic light system and a digital indication on the display. "But in noisy production environments and when the view of the tool is obscured by components, our employees rely primarily on the clearly perceptible click. No other system offered to us was able to provide that dependability.“

The combination of STAHLWILLE tools and the ProTight software not only ensures consistent process capability, it also makes it possible to make work processes leaner and more convenient at the same time. This process eliminates the steps previously required for checking and documenting the joints. It also means that employees can be deployed more flexibly than before, because this system does not require any time-consuming training.

It is true that there was another system for worker guidance in place in the company, "But that system was too unwieldy, too complicated and therefore not very popular," Niklas Doschko recalls. The verdict of the employees who work on the new workstations is all the more positive. "Convenience and functionality are key factors that appeal to us right down the line."

The installation and commissioning of the new workstations took place without much internal effort and in a really short time. It took about two to three days to set up the first station. However, this involved many steps that are only required once. The time required for subsequent installations is significantly reduced because the system is very easily scalable. In many cases, less than one working day is required at the customer's site. And once set up, the system runs practically by itself. 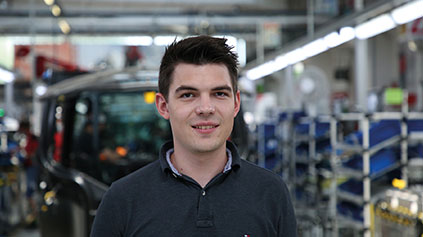